Mono Industries was asked to develop an identity which had a bit of a European flavour. We're currently working on a Gusto website.

Mono Industries was asked to develop an identity which had a bit of a European flavour. We’re currently working on a Gusto website.

Darsham Nurseries (plants, not children), is a beautiful nursery in Suffolk run by plantsman David Keleel.

David asked us to design an identity that could be used in many different ways: business stationery, signage & vehicle livery.

We used a photograph of the surrounding landscape as inspiration for the logo and re-drew it in a very simple way. 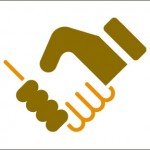 Charlie Irvine is one of Scotland’s most experienced mediators. A specialist in workplace and employment mediation, his practice also includes family, education, health and local authority mediation.

Charlie asked Mono Industries to design and build a simple identity for his expanding practice. 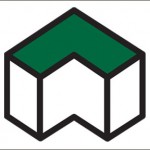 Alasdair Cant & Associates are a Cambridge based training consultancy specialising in mentoring and coaching. We’ve worked with Alasdair & Helen for many years. We designed and built their logo and put together all of their stationery.

Beautiful Noise Ltd is the brainchild of former Reverb Music and XL Talent Partnership creative director Gordon Charlton, who formed the company to release his favourite music, manage producers and consult to anyone willing to pay him.

Gordon asked us to design a vibrant and eye-catching identity which was then used on various stationery items. 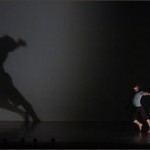 YDE asked Mono Industries to design a PDF brochure about making a career in the dance world. The brochure carried information about the many different careers available to dance practitioners as well as case studies and a glossary. 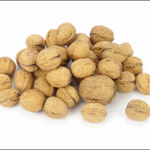 Designing an identity and website for a bomb disposal company was a little bit daunting at first but having spent a lot of time with Danny and his team, it became clear what was required.

In essence, Planit International are an environmental company, going in and clearing up other people’s mess – in their case, unexploded ordnance. 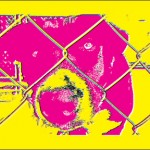 British/Czech theatre company NIE [New International Encounter] commissioned Mono Industries to design the publicity for a show that was performed at Edinburgh Festival Fringe in 2004. The show entitled My Long Journey Home, which has been performed over 200 times in 9 countries, made its UK debut at the Pleasance Theatre in August.

The show then went on to Battersea Arts Centre for which we designed a post card which incorporated photography from the Edinburgh run.  The company then invited us to re-brand them, starting with a new visual identity which once finalised, was used on various new stationery items.

In early Summer 2005 we started work on publicity for the company’s new show The End Of Everything Ever. A2, A3 and A5 publicity material was designed using images shot in the Czech Republic earlier in the year.

In January 2007 we started work on the publicity for a new show entitled ‘My Life With The Dogs’. A new ‘punky’ style was adopted for this particular production.

Take a look at our portfolio

See some of our recent projects to find out more about our work and the sectors in which we specialise.

Interested in talking to us about your next creative project? Please take a moment to answer some simple questions.